A new member was added to the CELIZ consortium 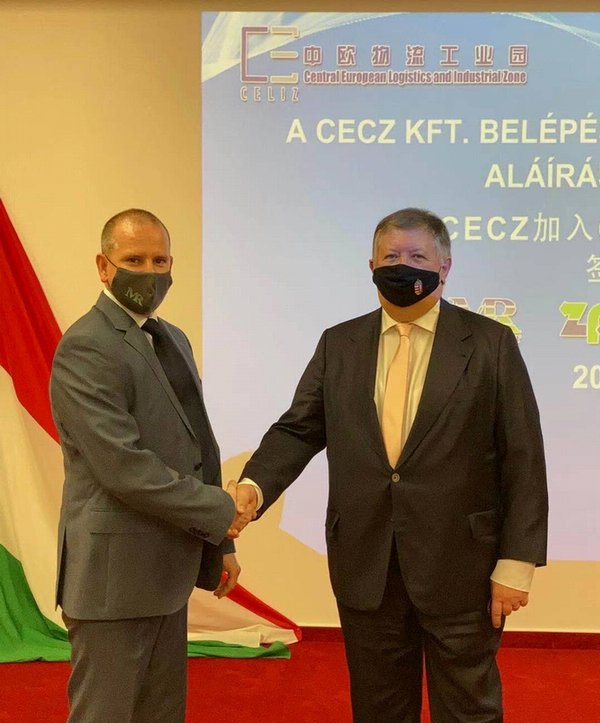 An important Chinese player was the economic development of Záhony and its region on a huge scale, the economic alliance established last summer. In addition to Záhony-Port Ltd., CECZ Central European Ltd. is now a member of the consortium called Záhony Logistics and Industrial Zone (CELIZ). As it is well known, the task of the consortium is to develop economic and trade routes to the west in the region, which is managed by MÁV-REC Ltd.

Hungary and China treat the investment as a strategic issue, so the whole party enjoys significant support. A significant logistics, rail and freight hub in Záhony, which is also important in Europe, that is part of the already well-known Chinese initiative, One Belt One Road (OBOR). These large-scale visions are preparing investments in technology and industrial development that will have a significant impact on rail freight between the EU and China.

With China’s CECZ becoming a member of the consortium from Tuesday, it has become much smoother to solve complex organizational and preparation tasks.  The task of CECZ Ltd. is going to be, for example, to represent and introduce the Záhony project to Hungarian, European and Chinese companies, professional associations and government bodies. This is essential for the creation of container traffic, the commodity base. Meetings are organized for foreign companies participating in the works, where the Hungarian state’s opportunities supported by the National Investment Agency (HIPA). In addition, it prepares the prospective Chinese partner with the trip to Hungary and the number of assistance in licensing procedures, company formation and the organization of logistics services. Thus with their local knowledge, they can effectively help participating Chinese companies move into the industrial park as well as into future factories.

CECZ Ltd., founded in 2015 and under the supervision of the Chinese state, is not an unknown player. The Hungarian-based company is an important player in connecting trade and logistics between China and Hungary as part of the creation of One Belt One Road. The Chinese-backed company has already launched several Sino-European railway lines and opened a new rail freight channel to the EU at the land port of Záhony on the Ukrainian-Hungarian border. Of this importance is the travel time of trains and the reduction of freight costs.

The signing of the expansion of the CELIZ consortium took place in a ceremonial framework, in which dr. László Mosóczi, Secretary of State for Transport Policy. It is symbolic that this year’s Forum of 16 Central and Eastern European countries and China, to which Greece will join in 2019, coincided with the ceremonial signing. The establishment of the forum, now called 17 + 1, was originally initiated by the Chinese Ministry of Foreign Affairs in Budapest in 2012, and its goal was to set in strengthening economic and investment relations between the countries of our region and China.