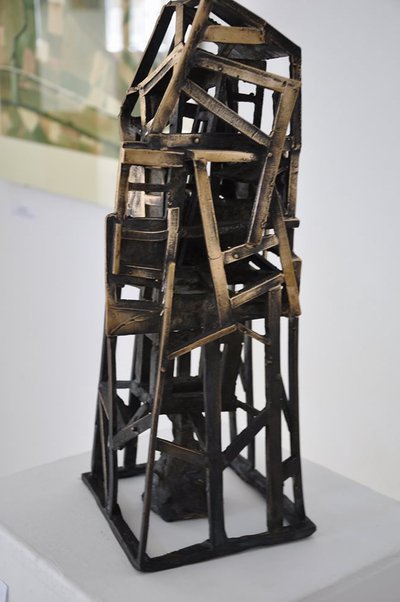 For Mr László Horváth Honorary Consul of Kazakhstan, it has always been an important role to build and strengthen good  economic and cultural relationships. In order to demonstrate this, Mr Sándor Győrfi captain of Jászkun and Kossuth Prize awarded sculptor supported the operation of the Mezőtúr Fine Art Residency which opened its new exhibition on the 20th of August 2019.

Tolesh Shokan Almakhambetuly a famous Kazakh sculptor was invited to the opening. He contacted the Art Residency himself to learn the technology of bronze casting to use it in his art and then pass that knowledge to his younger students. It is not the first time that Mr László Horvath supports the Mezőtúr Fine Arts Residency. Last year was the first time that the Art Residency hosted Kazakh artists. Marat Turgymbay artist and head of the Art Department of Almati State Pedagogical University came to Mezőtúr with four students to create and to learn more about Hungary.