The effect of CELIZ multiplier in Záhony 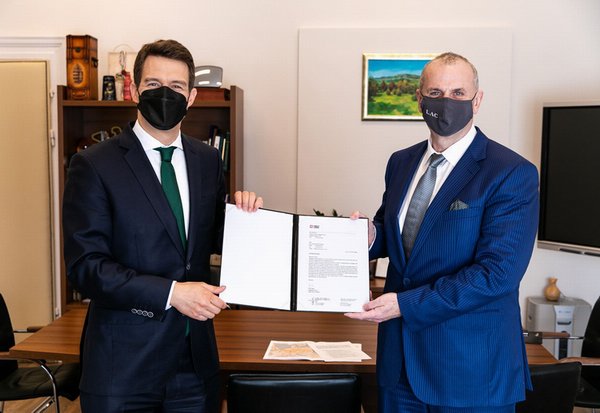 The dialogue between the Chinese railway company CRRC (China National Railway Locomotive & Rolling Stock Industry Corporation) and the pioneer of railway development in Záhony, MÁV-REC LTD., has started last year to assess possible cooperation opportunities. CRRC is the largest company in China engaged in the production and maintenance of so-called rolling stock. In addition to China, it is also involved in investments in the United States, Turkey and Southeast Asia. They have vast experience and, as it turns out, they are key to the European market.

As a result of preliminary negotiations, Chen Qiang, CEO of CRRC's European subsidiary, has already indicated in a letter of intent to Norbert Csomós, head of the CELIZ consortium responsible for the development of the Záhony industrial and logistics park, that his company will participate in various rolling stock development investments. This document was then presented by László Horváth, the majority owner of MÁV-REC LTD., to the representative of the government, László György, on Friday. The Secretary of State for Economic Strategy and Regulation considered that since the development of the Hungarian railway infrastructure for the next 10 years is in the national economic interest, thus enforcing the patriotic, pragmatic approach to industrial development that has followed since 2010, including a state-level dialogue on involving the necessary technology partners.

Hungary and China treat the establishment of the Záhony industrial and logistics park as a strategic issue. A significant logistics, railway and freight hub in Záhony, which is also important in Europe, is part of the already well-known Chinese initiative, One Belt One Road. This large-scale vision will prepare for technological and industrial development investments that will have a significant impact on rail freight traffic between the EU and China. The EU expects rail freight to double by 2050, and the CELIZ project could make a significant contribution to achieving this. The works are managed by the CELIZ consortium under the leadership of MÁV – REC LTD.

In CELIZ project, the consortium is looking for cooperation points with Russia, Kazakhstan and the CIS countries in addition to China. For instance, negotiations has begun with its subsidiary Russian Railways Logistics, a subsidiary of Russian Railways, to take the role of operator.