Kazakhstan celebrated 30 years of its independence 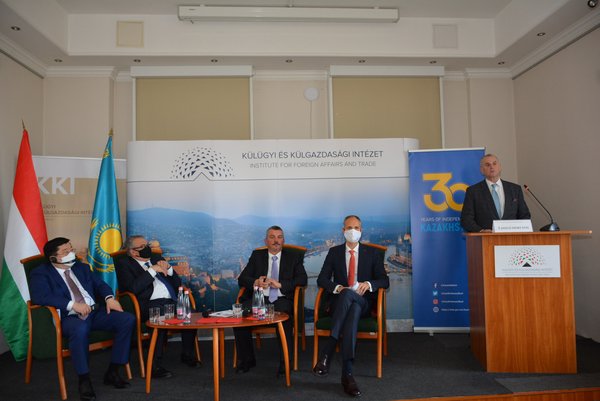 The ceremony was hosted by the Institute of Foreign Affairs and Foreign Economics, where, in addition to László Horváth, Honorary Consul of Kazakhstan, János Balla, Chief Foreign Policy Adviser to the Prime Minister of Hungary, Sándor Kovács, leader of the Hungarian-Kazakh group of friends and several prominent figures held their speech.

László Horváth mentioned, that the two countries are connected to each other in several ways, they both insist on independence and freedom, which is the link between their economic and cultural communities.